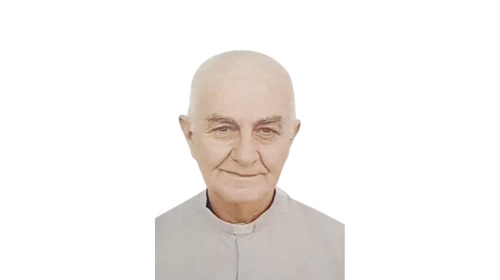 This is coming about a week when the remains of a Catholic priest, Rev. Fr. Vitus Borogo, also killed by terrorists on his farm, were buried in the state capital.

Borogo was killed on June 25, 2022, while his brother, CY Borogo, was kidnapped by his abductors.

The chancellor, in a statement in Kaduna on Monday, said Silas was abducted from the parish rectory in the early hours of Monday.

While soliciting prayers for the abducted priest, the chancellor said the diocese would adopt legitimate means to ensure his quick and safe release.

He said, “It is with great pain that we announce to you the kidnap of our priest, Rev. Fr. Emmanuel Silas. The event occurred in the early hours of July 4, 2022, when he could not turn up for morning mass.

“He was abducted from the parish rectory at St. Charles Catholic Church, Zambina, in Kauru Local Government Area of Kaduna State.

We solicit intense prayer for his quick and safe release. We equally wish to call on all and sundry to refrain from taking the law into their hands.”

In a related development, the Edo State Police Command on Monday said its operatives killed three suspected kidnappers and rescued an Italian, Rev. Fr Luigi Brena, who was abducted along Ogunwenyi, Usen, in the Ovia South-West LGA of the state.

The state Deputy Police Public Relations Officer, ASP Jennifer Iwegbu, in a statement, said the hoodlums were killed when they engaged the police in a gun battle during the rescue operation.

The statement read, “Operatives of the Edo State Police Command attached to Iguobazuwa division on July 3, 2022, around 5.45am received information that Rev. Fr. Luigi Brena, 64, an Italian of Somascan father’s community, was abducted by suspected kidnappers along Ogunwenyi through Usen community in the Ovia South-West Local Government Area of Edo State.

“On receipt of the information, police operatives immediately swung into action and trailed the suspected kidnappers to their camp in the forest.

“The suspects, on sighting the operatives, opened fire on them, but with superior firepower, the policemen neutralised three of the kidnappers, while the rest escaped with gunshot injuries and abandoned their victim.

“The reverend father was immediately rushed to the Igbinedion University Teaching Hospital, Okada, for medical attention. Meanwhile, intensive bush combing is ongoing with the aim of arresting the suspected kidnappers now on the run.”