HomeSportsCommonwealth 2022: Team Nigeria Off To A Flying Start In Table Tennis
Sports

Commonwealth 2022: Team Nigeria Off To A Flying Start In Table Tennis Team Nigeria got their campaign at the Birmingham 2022 Commonwealth Games off to a perfect, as the table tennis won their games, routing South Africa and others on Friday. 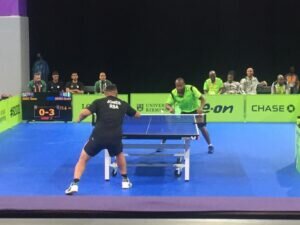 In the Women’s Team – Group 1, the Nigerians overcame St Vincent and The Grenadines in both the doubles and two singles.

In the doubles, Edem and Bello beat St Vincent and The Grenadines‘ duo of Unica Velox and Leah Cumberbatch 3-0.

The other countries in the Women’s Team – Group 1 are hosts England and Singapore.

Atiku: APC has put a knife to our unity — trust me to rebuild Nigeria