The Horniman Museum, based in south-east London, the United Kingdom, has kick-started the process of returning looted Benin bronzes to Nigeria.

NAN reports that the ownership of 72 artefacts forcefully taken from Benin in 1897 was handed over to the Nigerian government on Monday.

The museum was quoted as saying the gesture is a “moral and appropriate” response to the request for repatriation by Nigeria’s National Commission for Museums and Monuments (NCMM). 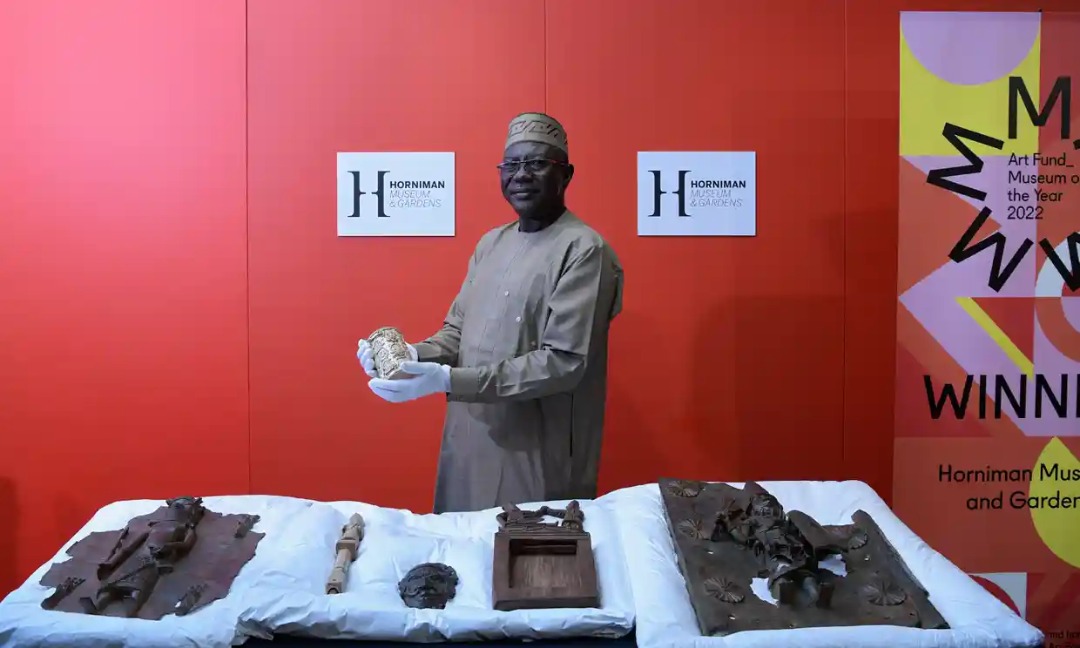 “I would rather talk about what an excellent example the Horniman is rather than answer questions about the British Museum.

NAN reports that an agreement between the NCMM and the Horniman will allow most of the artefacts to stay in Britain on loan, with the second phase of physical repatriations to follow in due course.

The NCMM director-general added that about 5,000 Benin bronzes are currently “scattered” around the world.

Dissolution Of Ekiti PDP Exco Tyrannic, Will Be Challenged In Court – Wike