City attackers, Erling Haaland and Phil Foden scored six goals for the Etihad side, each scoring a hat trick, while Antony and Anthony Martial did helped United claw back but it was a little to late for the away team. After wins over Liverpool and Arsenal this season, Manchester United fans expected a positive result against Man City, but their hopes were dashed after just eight minutes. 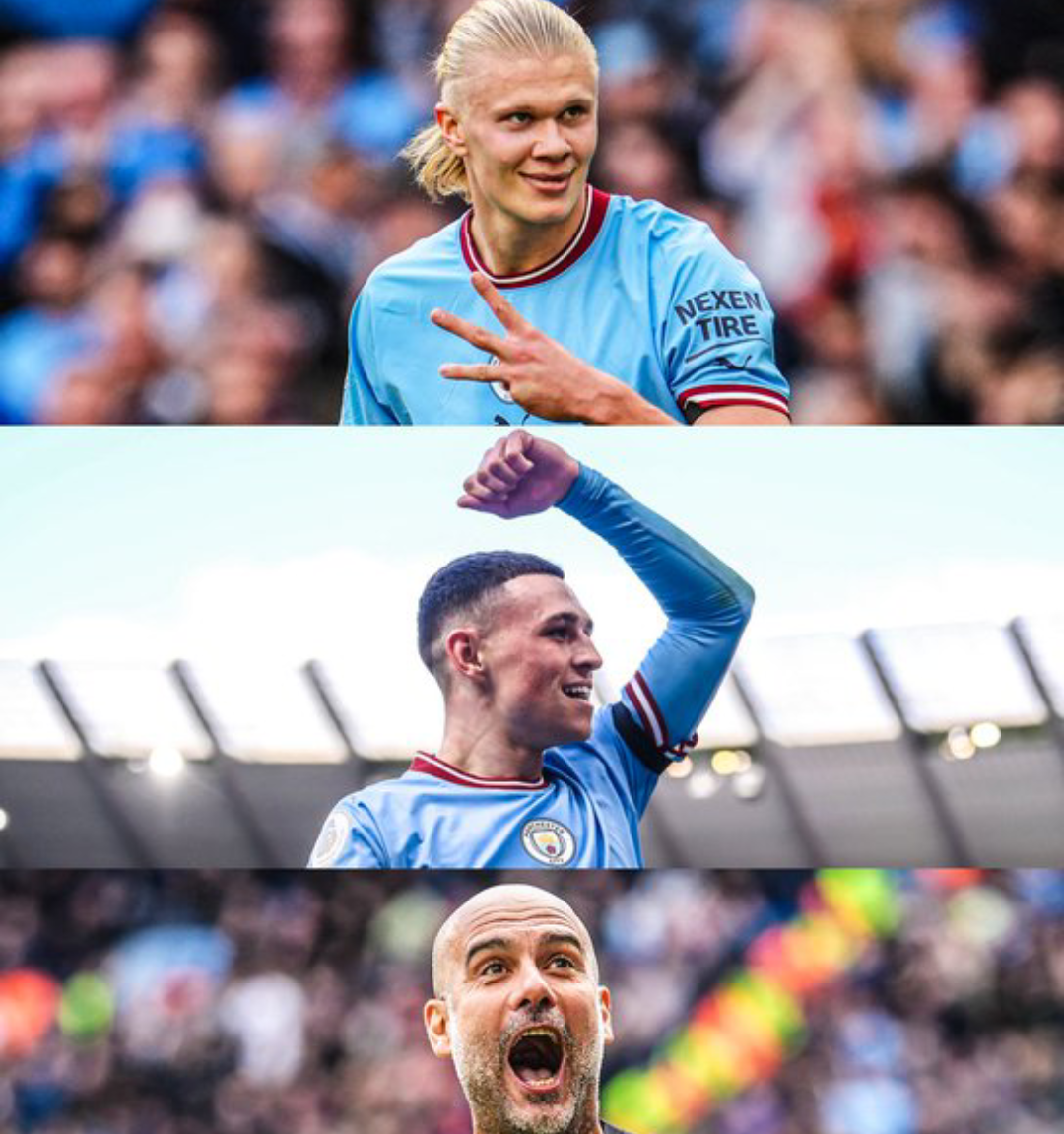 It was so bad for Erik Ten Haag’s men that they were lucky to be only 4-0 down at half-time after City made 15 shots on goal.

With Casemiro left on the bench, United were out-played in midfield by Gundogan, Bernardo and De Bruyne — particularly early in the first half when Jack Grealish and Bernardo doubled up on Diogo Dalot down the left to create chance after chance. 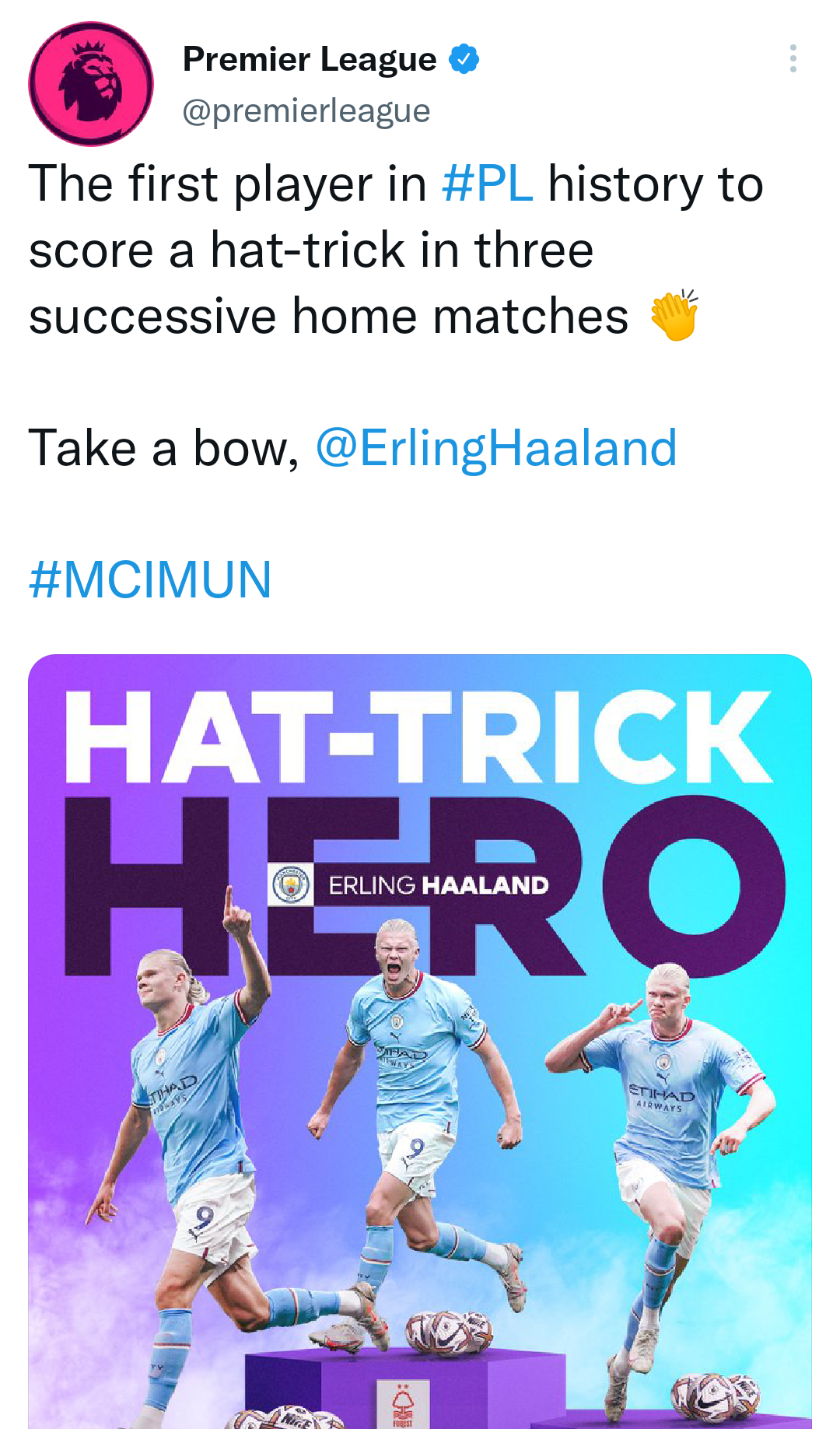 City’s lightning start was rewarded when Foden swept home Bernardo Silva’s cross after eight minutes before Haaland inevitably joined the action with a header from a corner 11 minutes before half-time.

As United relaxed, Haaland slid in a third from Kevin de Bruyne’s perfect pass then turned provider to set up a simple finish for Foden before the break. 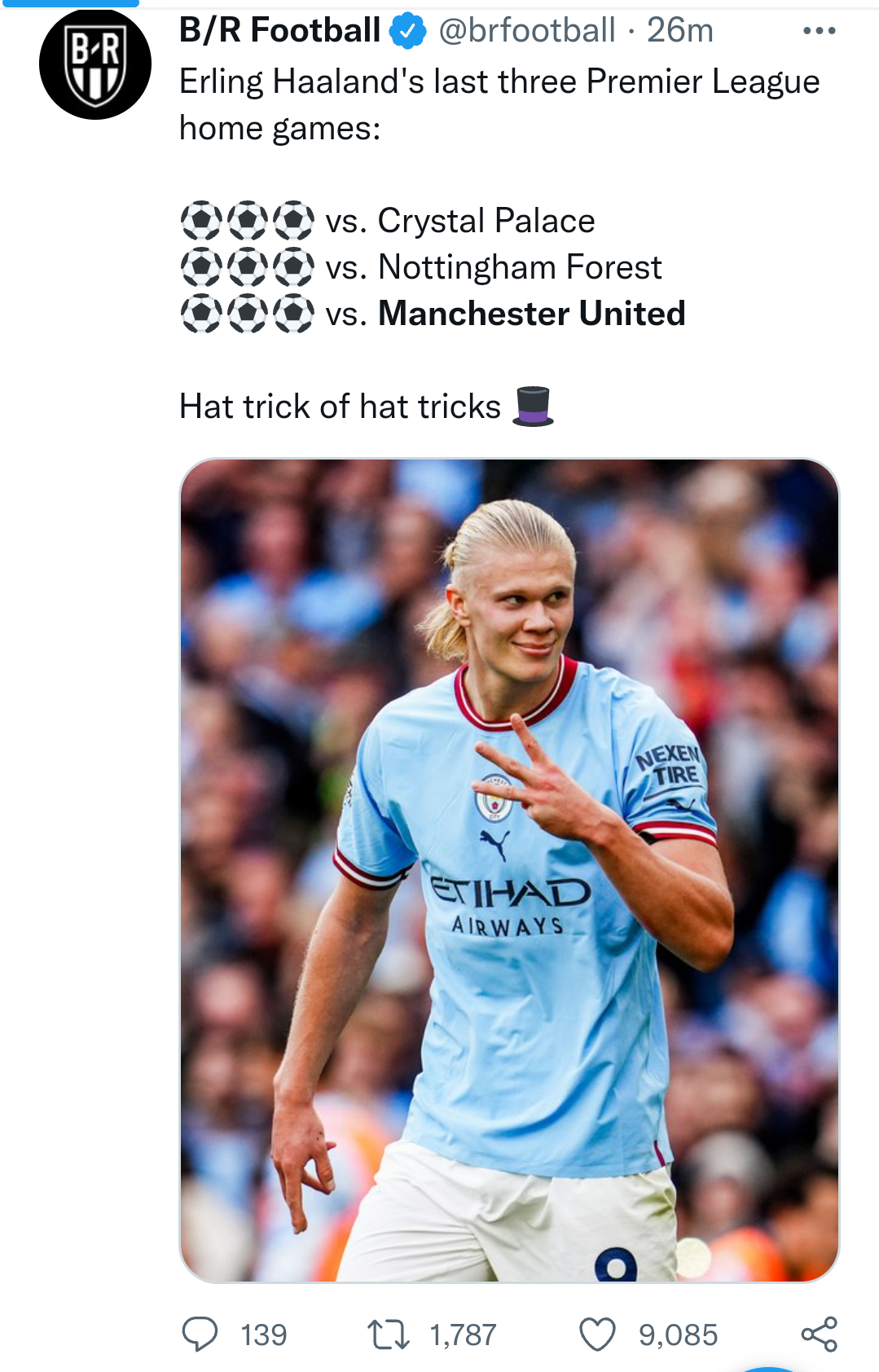 United’s new signing Antony replied with a superb goal from 25 yards to pull one back but it only provoked City to up the tempo again, Haaland thumping home his third from Sergio Gomez’s cross then again showing he can be creator by setting up Foden for City’s sixth.

Haaland’s third goal put him in the record books following hat-tricks at home to Nottingham Forest and Crystal Palace.

Anthony Martial’s late goal for United and extra time penalty was just enough consolation as Guardiola’s team showed again that they are the best in the Premier League by a distance.

Haaland, in his first league game against a traditional top six rival, took the opportunity to silence doubters with a third hat trick in his past three home league games.

Haaland has now scored 17 goals in just 11 games for City since his summer move from Borussia Dortmund, finding the net in each of his past eight club appearances.

Reacting to the result, Manchester United midfielder Christian Eriksen said: “It came very heavy. Everyone feels it was a very bad day at the office. We started on the wrong foot. They had chances straight from kickoff. We can only blame ourselves. We missed a bit of courage to play out from the back and we let them be at their strength. The main focus from this game will be on ourselves. There are a lot of things we need to change and a lot of things we need to do better. Today was far from acceptable from what we should be doing.”

Manchester City striker, Erling Haaland said: “Yeah, not bad — we scored six goals! What can I say? It’s amazing. To win at home, score six goals, it’s nice. You can feel it all the time. You can see the passes we give each other. We always want to go forward and to attack. It’s what I love about the team. In the end, it’s amazing. There is nothing more to say.”