HomeEntertainmentSeyi Shay: Sound Sultan was my defender when I got into industry...
Entertainment

Seyi Shay: Sound Sultan was my defender when I got into industry trouble

Seyi Shay says Sound Sultan, the late Nigerian rapper, always had her back whenever she got into trouble in the music industry.

The entertainment industry was shaken in July after Sound Sultan died — following a four-year battle with blood cancer.

In a recent chat with Chude Jideonwo, the songstress talked about the role the late rapper played in her life when she was facing hard times in the music industry.

The singer said Sound Sultan shouldered the responsibility of finding her a music deal when her girl band split up.

Why did I come back for music? I’ll blame Sound Sultan. When I met Sultan in 2011/2012, it was in a recording studio with Doc Def, a Nigerian producer based in the UK,” Seyi Shay said.

“I was working with the producer shortly after my girl band broke up and I didn’t want to stop the music so I continued finding different situations that I could be a part of musically.

“Doc Def had a great studio I would often go to and record. I bumped into Sultan. He was playing his music to Doc Def and I was blown away. He asked to listen to my music and Doc Def played him what we had been working on.

Sultan and I hit it off there and then. He asked me what I was doing with my career and I told him about my girl band; that we had just broken up. He said he was going to get me a deal; an investor so I could come to Nigeria.”

Seyi Shay said she had moved to Nigeria and lived with the rapper for about a year. 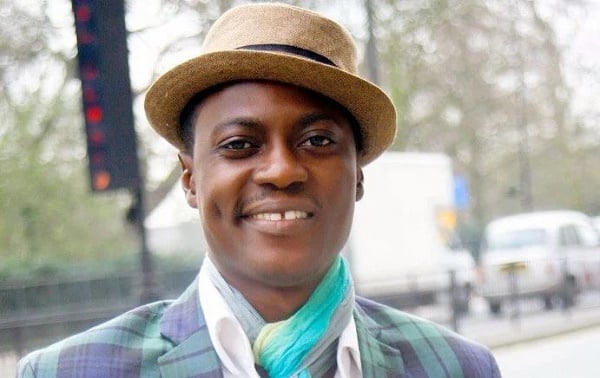 He said I should do my music there because Afrobeats was really taking off. I moved to Nigeria and he teamed me up with Flytime. They had the biggest concerts for years. I lived with Sultan for like a year,” the songstress added.

“His passing hit me big time. He was my mentor and, at some point, it became less about music and more about friendship. He was like a small daddy and his wife became my small mummy.

When I started getting into trouble in the industry, he would be like my bailout and defender.”

Back to the beginning: Boadicea, From Above UK, Flytime

In 2006, Shay had formed a girl band in the UK called Boadicea. They were managed by Ron Tom, the founder and manager of All Saints, a Canadian girl group, and Sugababes, a British band. The band separated after two years.

Shay decided to partake in the From Above UK singing audition after which she became the group’s lead vocalist.

The group inked a record deal with the company of Mathew Knowles, US music executive, after performing for him.

They underwent energetic vocal and dance training in Houston, US. The group later split up while Seyi Shay had an opportunity to continue her management deal with Mathew Knowles. She also secured a recording contract with Sony.

The songstress would, instead, join Flytime Music after getting an offer from the promotional company.

MultiChoice Nigeria would, in February, unveil Seyi Shay as one of the three judges of Nigerian Idol season 6.