Wike and Ikpeazu are power brokers in the Peoples Democratic Party (PDP). The duo alongside three other PDP governors (Oyo, Enugu and Benue) have for months demanded the removal of PDP National Chairman, Iyorchia Ayu as a precondition to support the party’s Presidential Candidate, Atiku Abubakar.

On the other hand, Umahi dumped the PDP in November 2020 and joined the APC. He would later contest the APC presidential primary mid-2022 but lost to former Lagos State governor, Bola Tinubu. 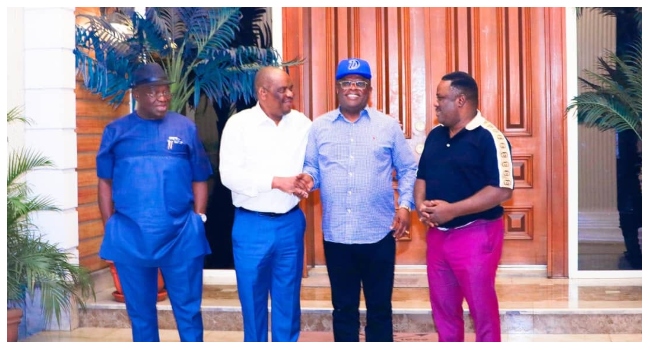 Similarly, Ayade left the PDP for the APC in May 2021 and jostled to be the ruling party’s flag bearer. However, like Umahi, he was trounced by Tinubu.

Wike and Umahi were former allies before the latter’s move to the APC. The two engaged in war of words following the defection of the Ebonyi State governor to the APC.

However, the former foes may have perfectly sealed their reconciliation as Umahi, for the third time within six months, on Wednesday night, visited Wike in Port Harcourt. He previously visited the Rivers governor in June and in August 2022. 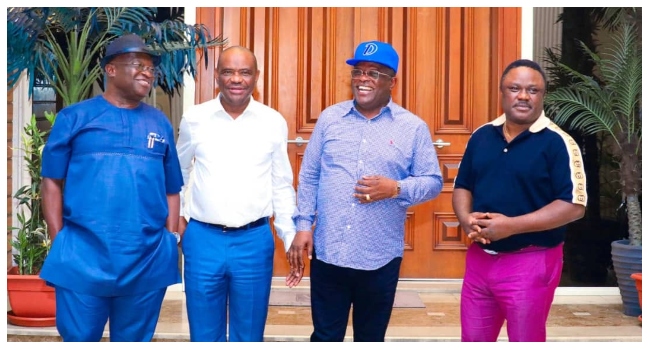 Though the details of Wednesday’s meeting were unknown as of press time as none of the four governors addressed journalists after the closed-door session, there are indications of a formidable political alliance ahead of next February’s presidential poll.

While Wike and his allies have not been seen to campaign for Atiku, it not clear whether they will support Tinubu or Labour Party’s presidential candidate, Peter Obi, in the contest for Aso Rock’s top job which has been described by analysts and keen observers as a three-horse race.